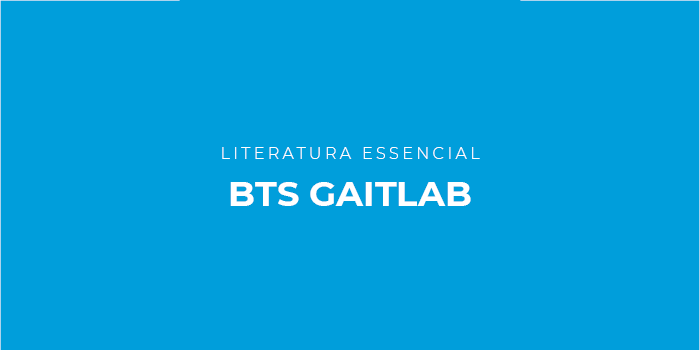 Castagna A., Rabuffetti M, Montesano A., Ferrarin A.

Use of the Gait Deviation Index for the assessment of gastrocnemius fascia lengthening in children with Cerebral Palsy.

Gait analysis (GA) is widely used for clinical evaluations and it is recognized as a central element in the quantitative evaluation of gait, in the planning of treatments and in the pre vs. post intervention evaluations in children with Cerebral Palsy (CP). Otherwise, GA produces a large volume of data and there is the clinical need to provide also a quantitative measure of the patient’s overall gait. Starting from this aim some global indexes were proposed by literature as a summary measure of the patient’s gait, such as the Gait Deviation Index (GDI). While validity of the GDI is demonstrated for the evaluation of the functional limitation of CP patients, no studies have evaluated with the GDI the pre vs. post surgery gaitcondition in children with CP. The aim of our study was therefore to investigate the effectiveness of the GDI in the quantification of gait changes occurring after surgical intervention (gastrocnemius fascia lengthening for the correction of equinus foot deformity) in patients with CP. 19 children with CP were evaluated pre-operatively (PRE session) and about 1 year (POST: mean 13.1 ± 5.1 months) after gastrocnemius fascia lengtheningusing 3D GA. From GA data the GDI was computed. The results evidenced that the GDI value in the PRE session was 70.4 ± 14.8, showing a moderate global disturbance of the gait patterns of the patients. After the surgical treatment a significant improvement of the GDI mean value was found (82.9 + 7.4; p < 0.05; CG ≥ 100) with an improvement of 18% respect to the PRE session. A strong correlation (ρ = 0.83; p<0.05) existed between the GDI value in the PRE session and the percentage of improvement. Our results demonstrated that GDI seems to be an appropriate outcome measure for the evaluation of the effects of surgical treatment in CP.

Introduction: Cerebral palsy (CP) is a posture and movement disorder and different therapeutic modalities, such as the use of braces, have sought to favor selective motor control and muscle coordination in such patients. The aim of the proposed study is to determine the effect of the combination of posture-control insoles and ankle-foot orthoses (AFOs) improving functional limitation in children with CP. Methods/Design: The sample will be composed of 24 children with CP between four and 12 years of age. After the signing of the statement of informed consent, the children will be randomly allocated to two groups: a control group using AFOs alone and na experimental group using both posture-control insoles and AFOs. Evaluations will be performed on five occasions: without any accessory (insoles or AFOs), immediately after, one month after, six months after and one year after AFOs or insole and AFOs use. The evaluation will involve the analysis of gait, static and functional balance, mobility and hypertonia. The three-dimensional assessment of gait will involve the eight-camera SMART-D SMART-D 140W system (BTS Engineering), two Kistler force plates (model 9286BA) and an eight-channel, wireless FREEEMGW electromyography (BTS Engineering). Static balance will be assessed using a Kistler force plate (model 9286BA). Clinical functional balance and mobility will be assessed using the Berg Balance Scale, Timed Up-and-Go Test and Six-Minute Walk Test. The posture-control insoles will be made of ethylene vinyl acetate, with thermal molding for fixation. The fixed orthoses will be made of polypropylene and attached to the ankle region (AFO). The results will be analyzed statistically, with the level significance set to 5% (p < 0.05).

Use of the Gait Deviation index for the evaluation of patients with Parkinson’s disease.

The authors aimed to determine whether the Gait Deviation Index (GDI) could be feasible to characterize gait in patients with Parkinson’s disease (PD) and evaluate outcomes of levodopa treatment. Twenty-two PD participants were evaluated with clinical examination and 3-D quantitative gaitanalysis (GDI was calculated from gait analysis) in 2 states (OFF and ON) after taking levodopa. Twenty age-matched healthy participants (CG) were included as controls. The GDI value in the OFF state was 83.4 ± 11.5 (statistically different from CG) while clinical scales demonstrated a moderate-severe gait impairment of these patients. Significant improvements are evident from clinical scores and by GDI values in the ON state. The mean GDI for the ON state (GDI(ON): 87.9 ±10.4) was significantly higher than in for the OFF state (GDI(OFF): 83.4 ± 11.5), indicating a globalgait improvement after the treatment. The results show that GDI has lower value as an indicator of pathology in PD patients than in quantifying the effects of levodopa treatment in PD state.

Gait analysis (GA) is widely used for clinical evaluations in various pathological states, both in children and in adults, such as in patients with joint hypermobility syndrome/Ehlers-Danlos syndrome hypermobility type (JHS/EDS-HT). Otherwise, GA produces a large volume of data and there is the clinical need to provide also a quantitative measure of the patient’s overall gait. Starting from this aim some global indexes were proposed by literature as a summary measure of the patient’s gait, such as the Gait Profile Score (GPS). While validity of the GPS was demonstrated for theevaluation of the functional limitation of children with Cerebral Palsy, no studies have been conducted in patients JHS/EDS-HT. The aim of our study was therefore to investigate the effectiveness of the GPS in the quantification of functional limitation of patients with JHS/EDS-HT. Twenty-one adult (age: 36.1±12.7 years) individuals with JHS/EDS-HT were evaluated using GA and from GA data the GPS was computed. The results evidenced that the GPS value of patients was 8.9±2.6, statistically different from 4.6±0.9 displayed by the control group. In particular, all values of Gait Variable Scores (GVS) which compose the GPS were higher if compared to controls, with the exception of Pelvic Tilt and Foot Progression. The correlations between GPS/GVS and Lower Extremity Functional Scale (LEFS) showed significant relationship between GPS and the item 11 (“Walking 2 blocks”) (ρ=-0.56; p<0.05) and 12 “Walking a mile”) of LEFS (ρ=-0.76; p<0.05). Our results showed that GPS and GVS seem to be appropriate outcome measures for the evaluation of the functional limitation during gait of patients with JHS/EDS-HT.

Introduce yourself and your program
Your information will *never* be shared or sold to a 3rd party.