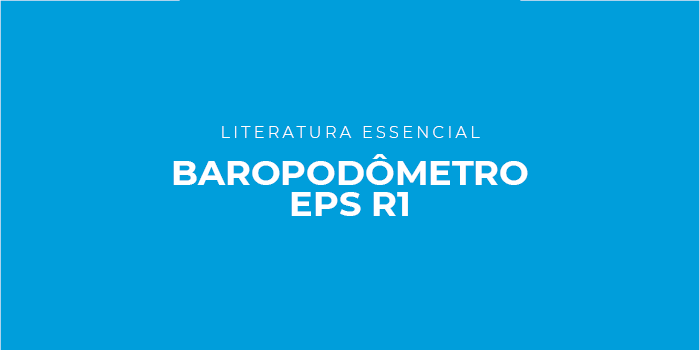 Foot pressure distribution during walking in young and old adults

Background: Measurement of foot pressure distribution (FPD) is clinically useful for evaluation of foot and gait pathologies. The effects of healthy aging on FPD during walking are not well known. This study evaluated FPD during normal walking in healthy young and elderly subjects.

Conclusion: FPD differences between the young and elderly groups were confined to the calcaneus and hallux regions and to the medial side of the foot. In elderly subjects, weight bearing on the lateral side of the foot during heel touch and toe-off phases may affect stability during walking.

METHODS: A baropodometric evaluation was made, using the FootScan platform (RSscan International, Olen, Belgium), of 30 men who were regular runners and their foot posture was examined using the Foot Posture Index before and after a 60-min continuous run at a moderate pace (3.3 m/sec).

RESULTS: Foot posture showed a tendency toward pronation after the 60-min run, gaining 2 points in the foot posture index. The total support and medial heel contact areas increased, as did pressures under the second metatarsal head and medial heel.

CONCLUSIONS: Continuous running at a moderate speed (3.3 m/sec) induced changes in heel strike related to enhanced pronation posture, indicative of greater stress on that zone after physical activity. This observation may help us understand the functioning of the foot, prevent injuries, and design effective plantar orthoses in sport.

BACKGROUND: In the Facioscapulohumeral muscular dystrophy (FSHD), the association of ankle muscle impairment with knee, hip and abdominal weakness causes complex alterations of static (postural) and dynamic (walking) balance, increasing the risk of recurrent falls. Stereophotogrammetric system and body-worn gyroscopes were used to focus on locomotor capacity and upper body movements in FSHD patients respectively. No data have been reported about static balance (plantar pressure and stabilometric parameters) and dynamic balance (spatio-temporal parameters during walking) in patients with FSHD. Moreover it is not known if the balance involvement influences disability and quality of life (QoL) of these patients.

AIM: The aim of this study is to quantitatively assess static and dynamic balance in FSHD patients and their influence on disability and QoL.

RESULTS: The patients moved the plantar pressure forward from hindfoot to forefoot. Static balance was significantly reduced in patients compared with healthy subjects. Dynamic evaluation of walking showed a significant reduction of velocity and step length in the patients, and a significant increase in step width. Dynamic and static parameters were significantly related to a reduction of 10 mWT performance while only dynamic parameters were strongly related to disability and QoL.

The plantar pressure distributions for a large heterogeneous sample of feet (N = 107) were collected during barefoot standing using a capacitance mat. From these data, the function of the foot during standing was characterized. Peak pressures under the heel (139 kPa) were, on average, 2.6 times greater than forefoot pressures (53 kPa). Forefoot peak pressures were usually located under the second or third metatarsal heads. No significant relationship was found between body weight and the magnitude of peak pressure. The concepts of a transverse arch at the level of the metatarsal heads and a “tripod” theory of load distribution were not substantiated by this study. Load distribution analysis showed that the heel carried 60%, the midfoot 8%, and the forefoot 28% of the weightbearing load. The toes were only minimally involved in the weightbearing process. Examples of unusual distributions are shown; finally, a checklist is provided to aid the clinician in evaluating plantar pressure findings.

Peak pressure and temporal parameters of foot function were determined in 21 men and 11 women; few differences between men and women in any of the parameters were observed, either when walking barefoot or when wearing shoes. However, significant differences were observed when barefoot and shod walking were compared. The main influence of shoes appears to be in modifying the behavior of the forefoot, by changing the pressure distribution across the metatarsal heads and increasing the contact times for the toes. The implications of such changes are discussed. Intersubject variability in the pattern and magnitude of the peak pressure distributions under the foot, which appear to be consistent in both the short and long term, may prove to be of importance in the clinical environment, by providing an individual baseline from which change can be measured. A new measure, the pressure-time integral, could be a more valuable single measure than either the peak pressure or the temporal parameters.

The Arch Index: A Useful Measure From Footprints

Previous methods of measuring footprints for the purpose of classifying foot type are reviewed. A planimetric method is presented for characterizing footprints using the ratio of the area of the middle third of the footprint to the entire footprint area (excluding the toes). This ‘arch index’during 50% body weight standing provides an objective measure for comparative purposes with a measured reliability, within day and between day, of 0.96 and 0.94 respectively. Values measured from footprints taken during other activities show variable responses in different subjects. Examples of the arch index taken from static footprints of various feet are presented and data are reported from 107 randomly selected subjects during half body weight stance. Criteria are suggested for the classification of footprints as high, normal, and flat arch.

Effects of noise on postural stability when in the standing position

BACKGROUND: Loss of postural stability may result in postural imbalance and can increase the risk of slips and falls in the workplace.

OBJECTIVE: This study intended to provide new insight into the effects of noise on postural stability when in the standing position.

RESULTS: The results showed that noise at different sound frequencies (400, 2000, 4000 and 8000 Hz) at a level of 95-100 dBA did not affect the participants’ postural stability when in the standing position. CONCLUSIONS: No significant differences were found in postural balance when participants were exposed to sound with or without ear protectors. Short duration, sensory inputs (i.e. vision) and the absence of physical workloads appear to facilitate postural stability.

Baropodometric analyses of patients before and after bariatric surgery

OBJECTIVE: The aim of this study was to evaluate the vertical component of the ground reaction force, plantar pressure, contact area of the feet and double-support time using static and dynamic (gait) baropodometry before and after bariatric surgery.

METHODS: Sixteen individuals with a body mass index of between 35 and 55 were evaluated before and after bariatric surgery. Thirteen patients (81.3%) were female and three (18.8%) male and their average age was 46±10 (21-60) years. An FSCAN system (version 3848) was used for baropodometric analyses (1 km/h and 3 km/h). The peak plantar pressure and ground reaction force were measured for the rear foot and forefoot. The double-support time and foot contact area were measured during gait.

RESULTS: There were reductions in the ground reaction force in the forefoot and rear foot and in the foot contact area in all evaluations and of the double-support time at 3 km/h, as well as a significant reduction in the body mass index at six months post-surgery. The peak pressure did not vary at 1 km/h and at 3 km/h, reductions in peak pressure were observed in the left and right rear feet and left forefoot.

CONCLUSIONS: Weight loss after bariatric surgery resulted in decreases in the ground reaction force and contact area of the foot. Plantar pressure was decreased at 3 km/h, especially in the forefoot. There was an increase in rhythm because of a reduction in the double-support time at 3 km/h.

Intrasession reliability of balance studies by means of a pressure platform

Aim: The aim of the present study has been to evaluate the intrasession reliability of balance exploration by means of a pressure platform using different times along the duration of the test. Materials and methods: Reliability and prospective study has been made using a sample of 70 healthy individuals aged 18 to 35 years old. Each individual was explored using a pressure platform and two test for each of the four selected times: 5, 15, 30 and 60 seconds. Among the studied stabilometric parameters, the center of pressure surface and its movements in anteroposterior and lateral direction. Interrelated correlation coefficient was used to evaluate the reliability of the mentioned parameters. Results: The time of 60 seconds has showed the highest interrelated correlation coefficient (0,544-0,650). The interrelated correlation coefficient has showed a moderate reliability for the time of 60 and 30 seconds. The time of 15 seconds has showed a poor reliability while the five seconds time was not used due to the impossibility of its calculation because of the abnormal distribution of the parameters. Conclusion: The level of reliability for the balance exploration using a pressure platform increa-ses as well as the duration of the test goes up.

This study was designed to assess the repeatability of the Loran Platform and evaluate the variability of plantar pressure and postural balance, during barefoot standing in nondiabetic subjects, for future diabetic foot clinical evaluation.Measurements were taken for eight nondiabetic subjects (4 females, 4 males, aged 47±7.2 years) who had no musculoskeletal symptoms. Five variables were measured with the platform in the barefoot standing position. Ten measurements were taken using two different techniques for feet and posture positioning, during three sessions, once a week. For most measurements, no significant effect over time was found with Student’s t-test (P < .000125). The ANOVA test of statistical significance confirmed that measurement diferences between subjects showed higher variations than measurements taken from the same subject (P < .001). The measurements taken by the Loran Platform system were found to be repeatable.

Background: The human T-Cell Lymphotropic Virus Type 1 (HTLV-1) is a retrovirus associated with neurological alterations; individuals with HTLV-1 infection may develop HTLV-1 associated myelopathy/tropical spastic paraparesis (HAM/TSP). Frequent neurological complaints include foot numbness and leg weakness. In this study, we compared the distribution of the body weight on different areas of the foot in HTLV-1 patients with HAM/TSP, asymptomatic HTLV-1 patients, and healthy individuals.

Methodology: We studied 36 HTLV-1 infected patients, who were divided in two groups of 18 patients each based on whether or not they had been diagnosed with HAM/TSP, and 17 control subjects. The evaluation included an interview on the patient’s clinical history and examinations of the patient’s reflexes, foot skin tactile sensitivity, and risk of falling. The pressure distribution on different areas of the foot was measured with baropodometry, using a pressure platform, while the patients had their eyes open or closed.

Main Findings: The prevalence of neurological disturbances—altered reflexes and skin tactile sensitivity and increased risk of falling—was higher in HTLV-1 HAM/TSP patients than in HTLV-1 asymptomatic patients. The medium and maximum pressure values were higher in the forefoot than in the midfoot and hindfoot in both HTLV-1 groups. In addition, the pressure on the hindfoot was lower in HAM/TSP patients compared to control subjects.

Introduce yourself and your program
Your information will *never* be shared or sold to a 3rd party.